Board of Directors & Executive Management Team 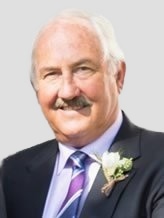 Don McRae
Non-Executive Director / Chairman of the Board

Don is the director and owner of Lowes Petroleum Services.  After acquiring an initial share in the original business in 1977 he grew volumes (x200 times) in the business to become a leading participant in the regional wholesale fuel supply market. This growth occurred steadily and with the help of his loyal and capable senior management team. Don brings valuable hands on experience in growing the Lowes business and the respect of all stakeholders whose support is critical in a business of this type, including relationships with many regional business leaders across a number of industries throughout the east coast of Australia.

Don owns or part-owns several other smaller business ventures, including an aviation company and some agri-businesses.  One of these businesses, Super Air Australia, won the 2014 NSW Business of the Year Award.  Don places high value on family, community and loyalty. Don and his wife, Kathy, relax by visiting one of his farms and working with his cattle. 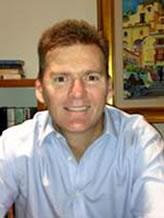 Cameron joined the oil industry in 1989 and has held leadership roles in sales, supply chain and finance across Australia, Europe and Latin America. He also has six years executive management experience in other industry sectors.

He joined Lowes Petroleum Service in 2015 to help drive and shape its journey to being the best fuels and lubricants business in Australia.

In addition to CEO, Cameron holds the position of Company Secretary and is a Director of Lennon Engineering and Construction Pty Ltd and Revir Pty Ltd. 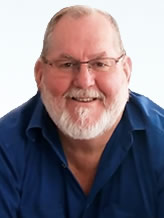 Bernie Morris has been Lowes Petroleum’s Operational General Manager since July 2004, having worked his way up from the time he joined the company in 1989. As a key member of the Lowes Petroleum management team, Bernie has contributed to the substantial growth of Lowes. Prior to joining Lowes, Bernie was employed at NAB as Credit Manager and Business Development Manager.

Bernie brings to his new role his strong operations experience and his ability for dealing with stakeholders from banks, customers, suppliers.

Marcus joined Lowes in 2020 and has over 20 years’ experience working with businesses across several industries in Australia and England.  He has held senior commercial and finance roles within building and construction, pharmaceuticals, manufacturing, consulting, and professional services, and brings a diverse range of skills to Lowes.

In addition, Marcus holds a Masters’ and a Graduate Diploma in Applied Finance from the Australian Securities Institute and a Bachelor of Business from Queensland University of Technology. 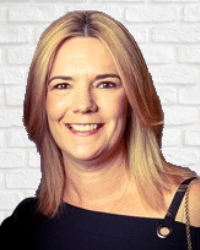 Head of Sales and Marketing

Sharon joined the fuel industry in 1997 and has over 20 years’ experience leading and delivering strategic and operational outcomes.  Sharon has held leadership roles across Sales, Marketing, Retail, Franchising, Operations and Corporate Services, at Regional, State and local levels, within Australian and off-shore organisations.

Sharon joined Lowes Petroleum in January 2019 and as a member of the Executive Management Team, she is accountable for strategy development, performance, growth and leadership of the Sales and Marketing teams. 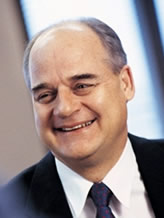 Dawson has over 30 years’ experience as a company director  He has served on the boards of some of Queensland’s largest organisations, including Queensland Investment Corporation (QIC), Queensland Rail, Sunsuper and UnitingCare, and he has held senior executive positions in both commercial and not-for-profit organisations. Prior to his retirement from full-time employment, Dawson was a General Manager for QIC, one of Australia’s major institutional investors with over $70 billion in funds under management for its clients.  Dawson has developed an outstanding reputation of high integrity and ethical practice and he was awarded the Centenary Medal in 2003.  Dawson is a Fellow of the Australian Institute of Company Directors, a fellow of the Association of Superannuation Funds of Australia, and an affiliate of Governance Institute of Australia. 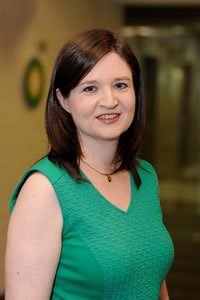 In January 2019 Lucy was appointed to the position of Vice President Midstream for Asia Pacific and is a member of the BP Fuels AsPac Leadership Team.  She is a director of BP Australia, BP Maritime Services and Ocwen Energy.

Lucy joined BP in 1998 working firstly with BP Bitumen Australia in Queensland and then at Bulwer Refinery.

She moved to Whiting Refinery in 2004 and worked in Strategy, Finance and Operations roles and then in 2008 she became the Plant Manager for the BP Wilmington Calciner in Los Angeles and was a member of the leadership team for Carson Refinery.

In 2011 Lucy moved to London to be the Executive Assistant to the BP CEO of Downstream. She joined Integrated Supply and Trading in 2014 as the Strategy and Commercial Projects Manager for IST Oil Europe which included accountability for the divestment of the BP Amsterdam Terminal.  In late 2015 she moved to Singapore to work as the Trading Manager for Gasoline, Naphtha, Chemicals and LPG trading for Asia, ANZ, Middle East and Southern Africa.

Lucy has a Bachelor of Chemical Engineering, from the University of Adelaide and a Graduate Diploma in Applied Finance from the Australian Securities Institute.

Owen is the Safety and Operation Risk Director for BP Fuels Asia Pacific. He is also the global Technical Authority for Retail Engineering, with a focus on emerging technologies such a EV charging and Hydrogen fueling.

Owen began his career as a production engineer in 1997 with Dow Chemical in Altona, before moving into the Major Hazards Unit of WorkSafe Victoria after the Longford Gas Explosion. While at WorkSafe, he helped licence 40 facilities and also spent time managing the Licensing, Mining and Major Hazards teams. Returning to the oil industry 12 years ago, Owen has worked with Caltex and bp in a variety of risk management, engineering and HSSE roles. He was a non-executive director for New Zealand Oil Service Ltd from 2015 to 2020, helping govern substantial change with Worley replacing Z Energy as the JV partner.

Owen has a Bachelor of Chemical Engineering and Bachelor of Arts (Politics) from University of Melbourne. He is also a Graduate of the Australian Institute of Company Directors. 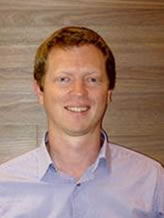 Matt began his career in the oil industry 12 years ago as a chemical engineer at BP’s former refinery in Brisbane.  He has held positions within BP in Australia and the UK as Principal Engineer, Refinery Operations Superintendent, Business Development Manager and Strategic Projects Manager.  He represented BP in establishing the joint venture between Lowes and BP in 2015, and has been a non-executive director since then.